Black Cat Nothing improves your mood like a homemaker dishwasher cover 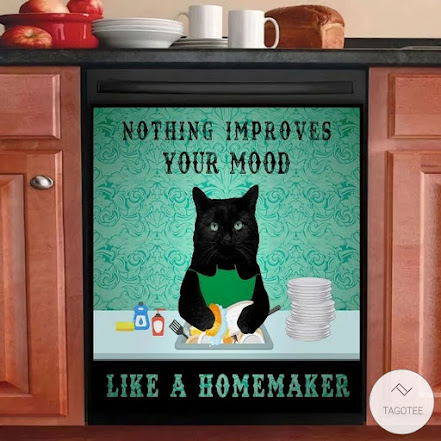 Buy this product here: Black Cat Nothing improves your mood like a homemaker dishwasher cover

Black Cat Nothing improves your mood like a homemaker dishwasher cover

Indeed, the Black Cats hadn't cut down sectional nets since 1961 — after having won seven of the eight previous ones prior to that — and that drought couldn't have made coach Howard Sharpe very happy.

But Gerstmeyer — or Tech — was ready to go for the 1970-71 season, with depth (the Scroll, the school's yearbook, described the team as having 10 starters) and size (Weddle at 6-foot-4, Larry Deakins at 6-6, Stanley Hyde at 6-7, plus 6-3 Danny Erwin, 6-3 Casey Session, 6-1 Bert Ladd and 6-1 Mike Marrs) to go with McGee, Phillips and Randy Rector. Black Cat Nothing improves your mood like a homemaker dishwasher cover

"At 5-11, I was the smallest [starter]," said Mike McGee, who made both all-Western Indiana Conference and all-Vigo County teams that season before going on to Western Michigan for baseball. "We weren't the fastest, but we ran a very set, patterned offense. We were pretty decent shooters, and we were scrappy."

As a result, it was Gerstmeyer that won the sectional 50 years ago, defeating an equally strong Wiley team 62-60 in the championship game. Tech had handled Garfield earlier in the sectional — a down season for "the last flight of the Eagle," its yearbook said — while Honey Creek finished 9-9 for the 1970-71 season.

The Black Cats finished 19-5 that season, suffering what has been called a "controversial" two-point loss to Evansville North, losing their regular-season finale to Robinson, Ill., and, early in the season, hosting one of the state's all-time best teams in what is now Howard Sharpe Gymnasium — eventual unbeaten state champion East Chicago Washington.

"That's the game I remember most," Weddle said. "We had a good season, considering some of the teams [on the schedule]."

"We had high hopes," Phillips remembers.

McGee remembers Ladd as a key member of the team, even though he rarely started.

"He was instant energy," McGee said. "His nickname was Super Bad Ladd . . . And he enjoyed the sixth-man role."

The Black Cats weren't a fiery, emotional team, McGee recalls — but they didn't have to be.

"Sharpy provided all the noise and the emotion," McGee said.

Gerstmeyer played Brazil in its first regional game at Washington and repeated its win over the Red Devils early in the season. In the regional championship game, the Black Cats faced one of Jack Butcher's strong Loogootee teams, this one — including future Indiana State player Brian Canada — even stronger thanks to the closing of Loogootee St. John High School two seasons before. The Lions were defending regional champions.

"We were getting beat 10 or 15 points at the half," Phillips said about that game. "Sharpy put some of us in — he had me in playing defense — and we came back, darn near won it."

"An underappreciated part of our team was our assistant coach, Pete Chalos," McGee added. "He made a suggestion at halftime and we changed the way we went against [Loogootee's] press."

Gerstmeyer didn't make it all the way back, though. Its final loss was by a 51-50 score to the Lions.

The younger Black Cats made a successful transition to North, by the way. Deakins, Erwin, Ladd and Phillips were stalwarts on the first Patriot team — along with a sophomore named Nate Mills — that reached the semistate the following March.